We stand with our brothers and sisters in Ukraine. Contact us to know how you can support the effort.

Dr. Josh began serving in ministry after his conversion in college. He served part-time for several years at his local church until he finished his MA and accepted a full-time ministry position in Metro-Detroit. While in Detroit, he  served as an Associate Pastor and oversaw the facility, youth ministries, and ran missions trips around the US. After five years, Josh moved to Iowa to become our Lead Pastor.  He has been with us since 2014.

When did you become a believer?

I did not grow up in a Christian home, so church was something we did on Christmas to make my grandma happy. It wasn't until freshman year of college, while writing a paper on evolution, that I was blindsided by the gospel. As a philosophy guy, I hold reason and logic in high regard, so it was blatantly obvious that evolution was either guided or never happened, either way I was stuck with a god.

It was at that point that I began to study with any religious group that would have me. Jehovah's Witnesses, Mormons, Catholic priests, Buddhists, Islam, etc. I even communicated with the Church of Satan and the Church of Scientology. To make a long story short, it was the bible's teaching, history, and philosophical depth that convinced me of the truth of the gospel. I knew I was a sinner in need of a savior and Christ is the only one who can save me.

What is your educational background?

I have a BA from the University of Wisconsin-Madison in Philosophy, an MA in the Philosophy of Religion from Trinity Evangelical Divinity School, a Graduate Certificate in Christian Apologetics from Southern Evangelical Seminary, and a Doctor of Ministry from Bethel Seminary in St. Paul, MN.

As a side note, I lived in a truck during my time at Trinity.

I married my high school sweetheart, Shanna, back 2001. We have three teens who attend City High: Nina, Amara, and Mason.

What are some fun things you love to do?

I like to kayak, hike, camp, read, take my wife out dancing, go spelunking with my kids, go to the renaissance faire, poke a fire, go shooting; basically, I like to be outside.

You encourage folks at The River to serve outside of church. What do you do to reach the larger community?

I serve my city as a Police Chaplain with the Iowa City Police Department. I am currently the only Chaplain who lives within the city limits, so it can be overwhelming at times, but it is fulfilling.

I also serve my new home state as a Hunter's Safety Instructor with the Iowa DNR. My focus is Ethics and Survival Training. I believe that gun safety and ethics are very important skills to learn. 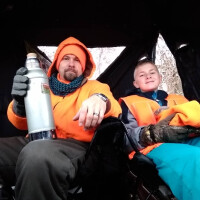 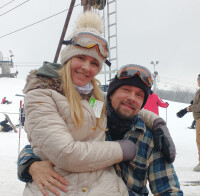 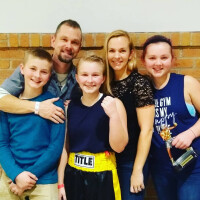 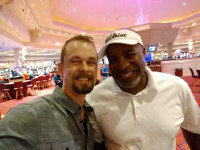 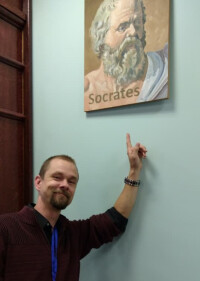